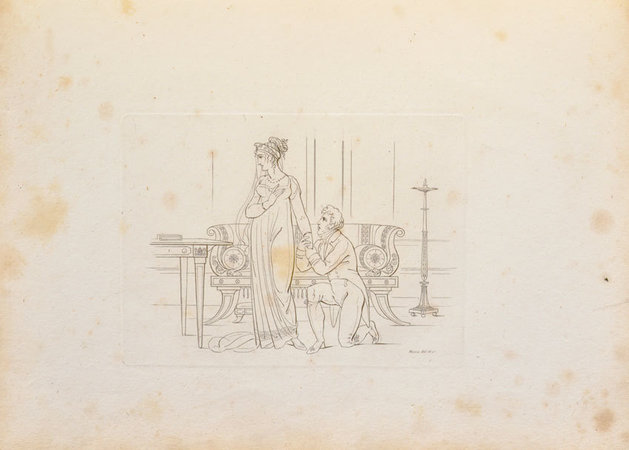 A collection of finely-executed plates illustrating the vogue for neo-Classical dress, with figures and groups placed within appropriate drawing-room and dinner-table settings. Moses was a sought-after engraver who worked for James Barrie, William Opie and Benjamin West, among others. His lightly-draped figures rendered with a sparse line have clear echoes of Flaxman. The collection was also issued under the imprint of at least two other London publishers (M’Lean and Miller).