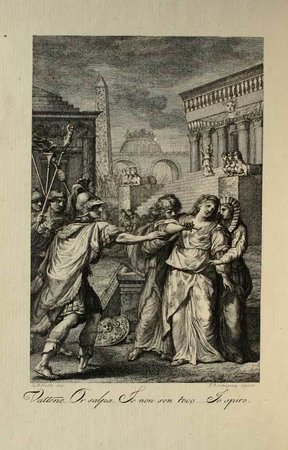 First edition of this play, copy on large and thick paper. Marescalchi was born in Bologna, then in the Papal States, on 26 February 1754, into a noble family, he became a hereditary member of the Senate of that town. He later supported Napoleon in Italy and prospered under his patronage.