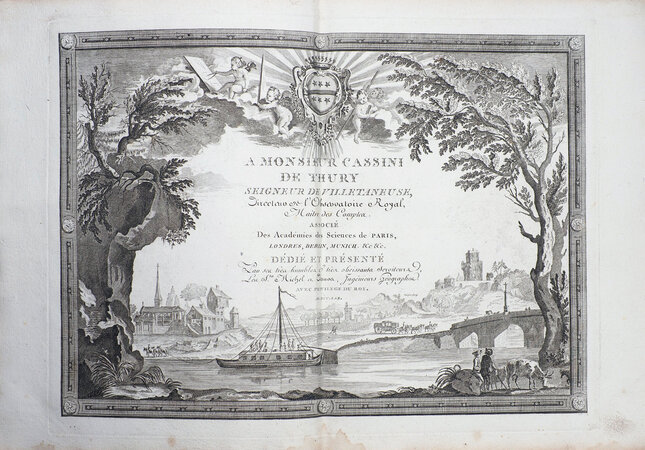 A COACHING ATLAS, IN ITS ORIGINAL TRAVELLING BINDING, providing distances, departure times of coaches and other practical information for the major routes within and around the kingdom of France, allowing the planning of coach journeys from Paris to major destinations such as Bordeaux, Toulouse, Strasbourg, London and between regions, and from Amsterdam to Marseille and Strasbourg to Vienna through France.

Desnos (1725-1805) was a prominent instrument maker and globe maker as well as a prolific cartographer. His Atlas first appeared in 1764 and was several times reprinted, each time with augmentations and modifications. This edition is described as the third on title, but the Atlas had already been published more than three times ― with a prior edition of 1765 also bearing the third edition statement. It is dedicated to astronomer and cartographer César-François Cassini de Thury (1714-1784), who was made director of the Paris Observatory in 1771. The title page describes the atlas ‘Première partie’, since Desnos later issued a volume devoted to foreign roads: Nouvel Itinéraire général comprenant toutes les grandes routes et chemins de communication des provinces de France, des Iles Britanniques, de l'Espagne, du Portugal, de l’Italie, [etc].