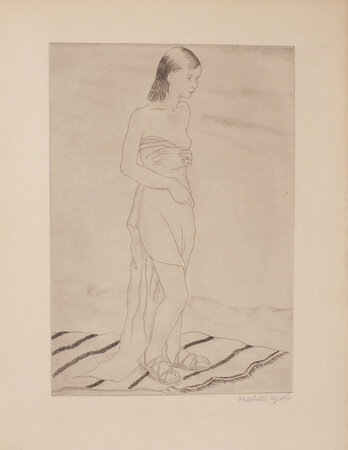 First edition, one of 45 copies only, with all plates signed in pencil. This is one of Lydis’s rarest productions, produced for subscribers only in collaboration with her husband Govone. This copy was for Jean Beauclair (as denoted on the justification leaf) and additionally contains his bookplate. Of the 45 copies printed, all were on Japon as here (the first five had an additional suit on chine and the first contained the original drawings.

This is an example of Lydis and Govone’s capitalisation on the French market for erotica in limited editions which had reached its peak in the later 20s and 30s. They had earlier produced a similar collection illustration Lucian’s Courtesans. Worldcat lists copies at Cornell and Bibliothèque nationale only.