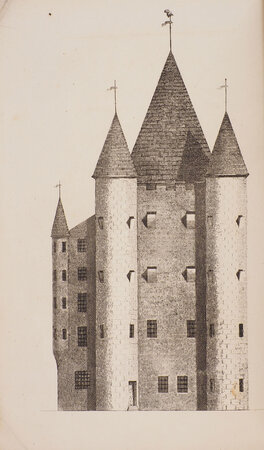 A best-selling account of the tribulations of Louis XVI and Marie-Antoinette after their captivity and in the days leading to their execution in 1793. Cléry was indeed Louis’ faithful valet, but authorship of the memoir is not certain. The plates depict the prison tower, a plan, and a facsimile of two final letters in Marie-Antoinette’s hand. These letters were engraved from the originals and widely circulated as relics of the French monarchy.
Numerous issues of the Journal appeared in 1798, the first year of publication, in both English and French. There are issues with Irish and American imprints, but most copies of the French edition have London imprints giving ‘Se vend chez l’auteur’ with the author’s address in Great Pulteney Street, Golden Square, like this.