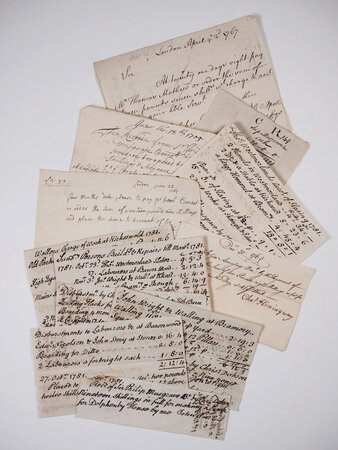 An interesting group of receipts for labouring and building work carried up in Cumbria, including Kirkoswald, Dolphenby, Skeugh and other named places. Several are for significant amounts received from Sir Philip Musgrave to Thoams Westmorand who oversaw a variety of works: wall building, making a pump, tiling, flagstones, boarding and cutting spiles. Most are from the eighteenth century.