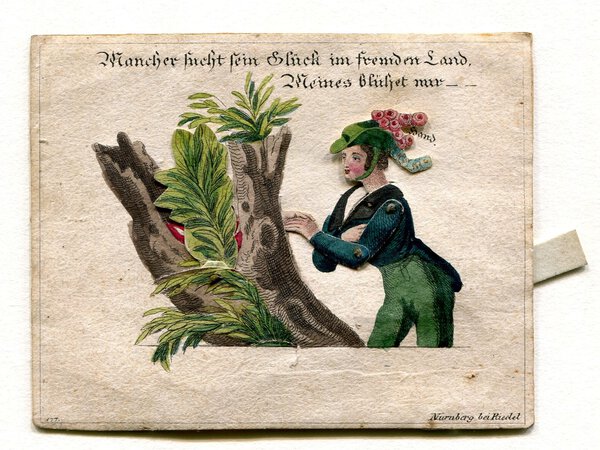 A charming example of the early nineteenth century German moveable greetings card (popularly referred to as ‘Biedermeier’ cards, after their era). In this one the legend reads ‘Mancher sucht sein Gluck im fremden land meines bluhet nur an ihrer hand’ [Some seek happiness in a foreign land, mine just blossoms in your hand] and the mechanism reveals a young lady hidden in a tree and dips the gentleman’s head towards her hand. The third moveable part (not now moving) is his articulated arm. The card is numbered ‘177’ in the lower left corner, giving some idea of the scale of production of these wonderful moveable paper artefacts.