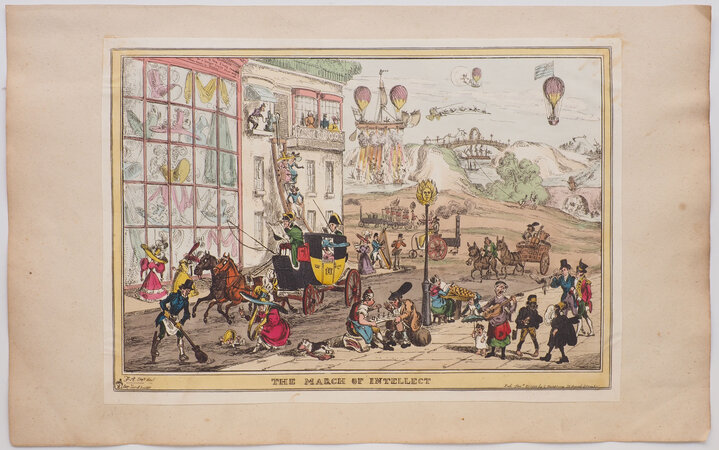 Etched and engraved print (230 × 350 mm), cut within plate mark but not touching image or caption. Hand-coloured.

One of Heath’s famous satires on the theme of The March of Intellect, which expressed contemporary anxieties over progress and social change in England brought about by science, education, industrialisation and commercialisation. This one shows a London street corner at the edge of open country and the sea, with numerous figures, including a street-sweeper, horse-drawn carriage, two men playing chess, musicians and singers and street-sellers, with wealthy figures being sent down a mechanical lift beside giant shop window to left; a steam carriage is seen in background with balloons and a rocket-powered flying ship in the air beside bridge crossing the English Channel between 'Dover' and 'Calais’.