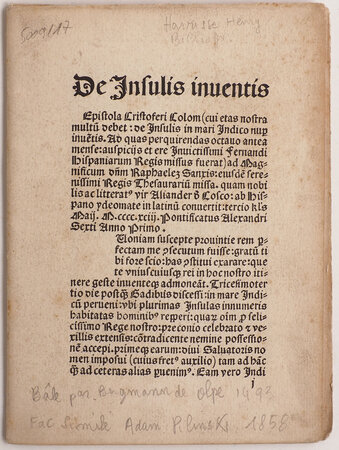 Pilinski’s remarkable facsimile of the the ‘Columbus Letter’ (the Latin version printed at Basel in 1493, the first illustrated edition). This is the first issue of the facsimile, made by Pilinksi from the imperfect copy in the Royal Library, Munich (which wants the first and last leaves bearing 4 additional woodcuts). A second issue of 10 leaves added facsimiles of the woodcuts from the copy in the Lenox Library. It is considered that there were only 20 copies of each issue.