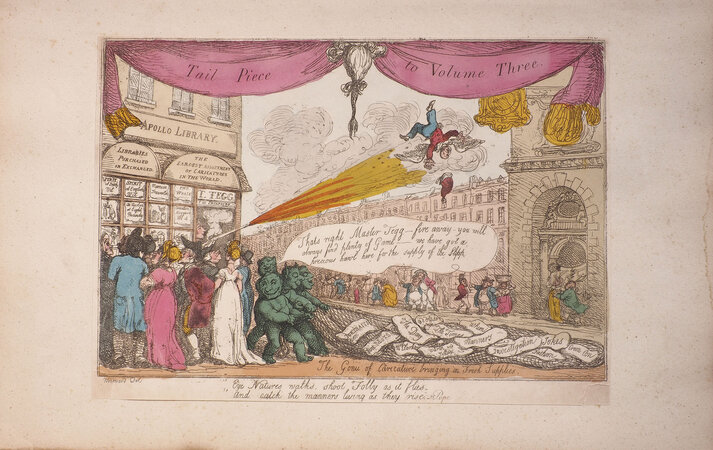 The ‘Genii of Caricature’ haul in a net full of subjects (portraits, bon mots, manners, oddities, jokes etc) to Tegg’s Apollo Library, which advertises ‘The Largest Assortment of Caricatures in the World’, while the proprietor takes a pot shot at folly flying overhead. The caption is from Pope: ‘Eye Natures walks, shoot Folly as it flies, and catch the manners living as they rise’ (Essay on Man). The Apollo Library was at 111 Cheapside, at the corner of Honey Lane opposite St Mary-Le-Bow church. A famous caricature print, the tailpiece from The Caricature Magazine, vol. 3, published by Thomas Tegg, London, 1808–09, and the separate plate reissued several times to c. 1821.