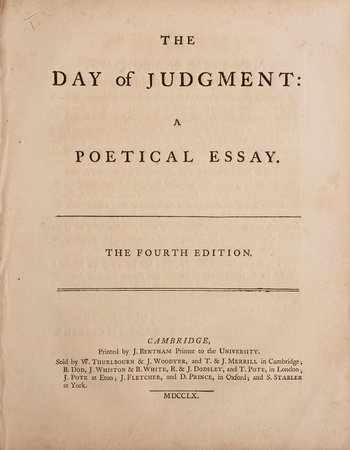 Fourth edition of the Seatonian Prize poem for 1757, ‘perhaps the best that has ever yet appeared’ (The Critical Review). Glynn is said to have submitted the poem out of his dislike for George Bally, who had won in 1754 and 1756 (and was to win again, in 1758). He became a noted physician-attending, for example, Thomas Gray in his final illness, showing ‘judgement and attention, but with characteristic eccentricity’ (Oxford DNB).