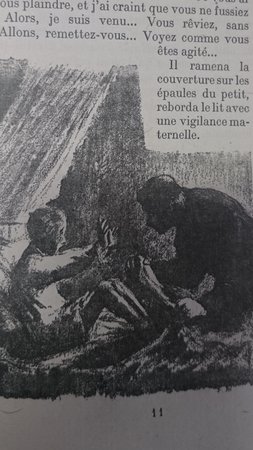 First illustrated edition, copy number 4 of 6 on chine, with a woodcut frontispiece signed by illustrator H.-G. Ibels. A powerful and taboo-breaking novel of clerical sexual abuse, in which a young boy is abused and emotionally destroyed by his Jesuit teachers. He is expelled from school on false charges, is unable to resume a relationship with his childhood sweetheart, and dies tragically in the Franco-Prussian war of 1870. The novel first appeared in 1890, and with the disturbing illustrations by Ibels, in 1906.