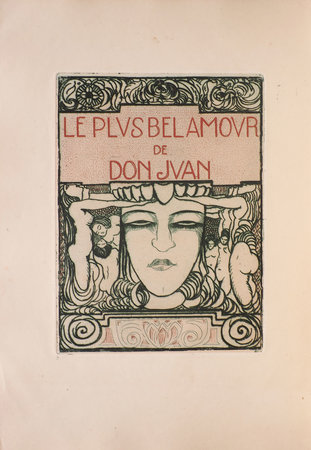 Large 4to (280 × 190 mm), pp. 29, [1], etched illustration to title, plus 6 plates printed in tints, suite of all plates at end. The suite with some foxing. Original wrappers with etched vignette. Wrappers slightly browned, but a very good copy.

First edition with Colucci’s superb illustrations, one of 125 copies on Rives (after a single copy on japon). A decadent edition of one of the six novellas from Les Diaboliques (1874). ‘The She-Devils’, considered D’Aurevilley masterpiece, collects six stories, each featuring a woman who commits an act of violence, revenge, or some other crime. Colucci had exhibited alongside Gleizes and Delaunay in the 1920s, but was especially successful as a book illustrator.