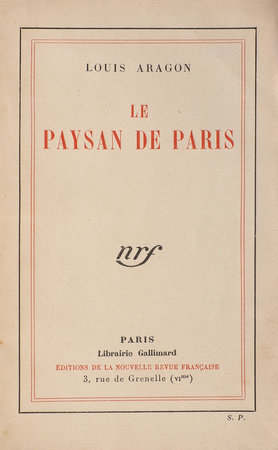 First edition. An early novel by Aragon, a major voice in the French Surrealist movement, who co-founded the Surrealist review Littéraire, alongside Breton and Soupault. He was a diverse writer, his early works were free and unrestricted, highly influenced by the Surrealist approach. However, later in his career he returned to more classical forms, using measured verse and rhymes. Many poems by Aragon have been set to music and became popular as songs.