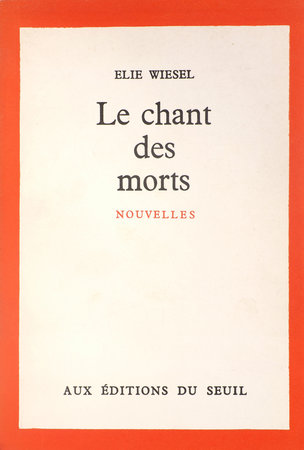 First edition, with authors inscription to the poet and literary critic André Marissel. Non-fiction holocaust literature by the renowned Jewish political activist Wiesel, a holocaust survivor who wrote over forty works on this subject. He refused to write about his experiences until ten years later when he met the writer Mauriac, who persuaded him to write about his harrowing experiences. Wiesel was known as one of the most important Jews in America and the Norwegian Nobel Committee described him as a “messenger to mankind.” Through his struggle to come to terms with his experience of total humiliation and the horrors of the Nazi death camps he delivered a message of peace, atonement and human dignity.