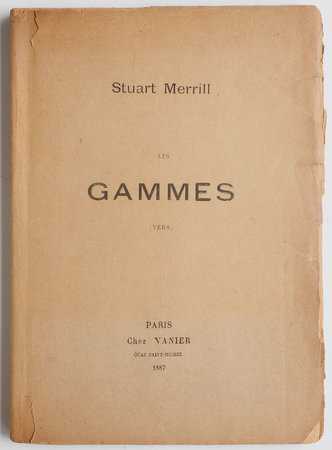 First edition, rare, dedicated to René Ghil. The first collection (and one of the most popular works) by American Symbolist poet Merrill, who wrote mainly in French and who had studied under Mallarmé (to whom the first poem here, ‘La Flûte’, is dedicated). Les Gammes received wide critical acclaim throughout Europe and was the work that launched his literary career.