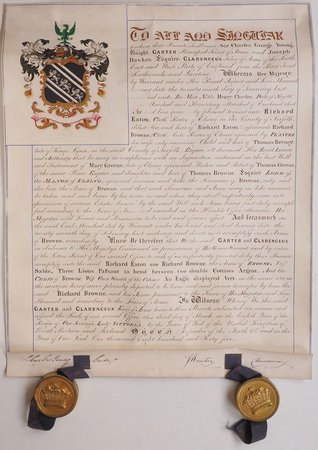 A grant of arms to Richard Eaton, rector of Eaton (Norfolk), giving the right to bear the arms of Thomas Browne (formerly Lord of the Manor of Elsing. Signed by Sir Charles George Young, Knight Garter and Joseph Hawker, Clarenceaux. The arms had been granted by Queen Victoria on January 29, 1845.