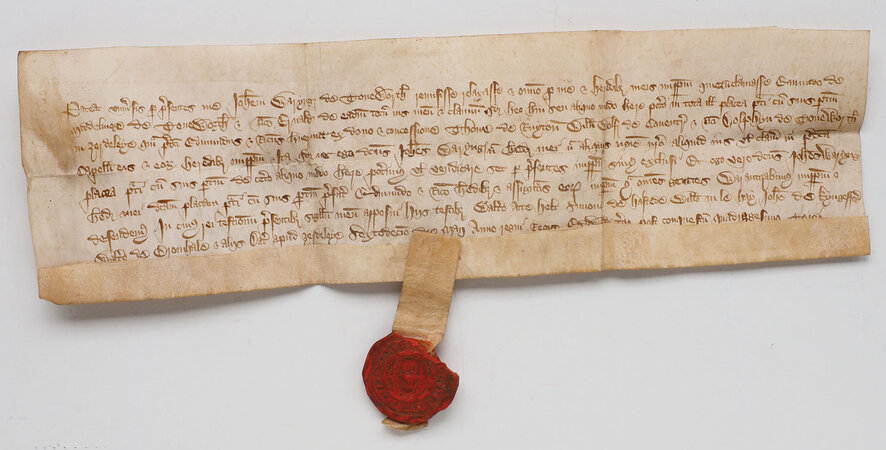 Manuscript in Latin on a single sheet of parchment (70 × 265 mm), 8 lines, preserving most of the original red wax personal seal. Folded, docketed on verso.

John Waryng of Toneworth (Tanworth) grants land in Yardley (now a suburb of Birmingham) to Edmund (?)Middchurch and Richard (?)Crake in the presence of several named witnesses. Complete with the remains of a very good personal seal (presumably John Waryng’s) with an ox’s head and text around the circumference.