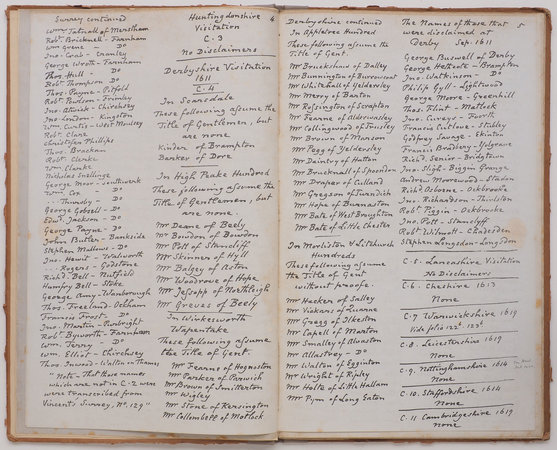 A good example of one of Phillipps’s anastatically-printed facsimiles of manuscripts, with copies of the original transferred to zinc plates for lithography. In this case the text is a copy of his own transcripts from the records of Herald’s seventeenth-century Visitations and their disqualifications of arms born by gentlemen without authority. Sir Thomas Phillipps as a printer and patron of lithographic printing has been extensively studied and discussed by Michael Twyman in Early Lithographed Books (1990) — he printed many himself at Middle Hill, and supervised the production of others by printers such as Appel, who had exhibited new methods of anastatic printing at the Great Exhibition in 1851. Holzenberg, The Middle Hill Press, 88. Worldcat lists copies at the Grolier Club only outside Europe.