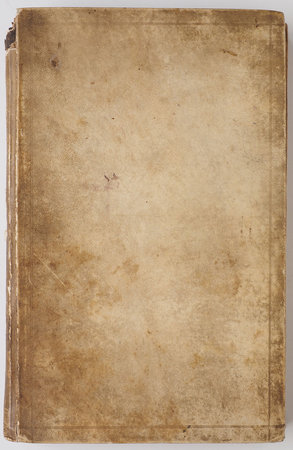 WILLEMENT, Thomas. ~ Quarterings descended to several of the Nobility & Gentry. 1818 [and later].

Manuscript on paper, small folio (315 × 200 mm), pp. 323 (completed to p. 147), plus pp. 22 index at rear, some blanks, but some pages with additional pasted insertions, all in the same hand. Some staining and soiling. Contemporary vellum. Quite soiled, spine with portion wanting at head, upper hinge cracked and just holding. Engraved bookplate/trade card of Thomas Willement (with his address at 25 Green Street, Grosvenor Square) plus his slightly later inscription (after 1845) from Davington Priory, Kent.

An extended heraldic manuscript by Thomas Willement, heraldic researcher and author who was to become a major figure in the Victorian gothic revival as a stained glass artist. It includes reasoned descriptions of arms and quarterings for: Lord Henry Thomas Howard Molyneux Howard (1819), Francis Rawdon Hastings, Earl of Moira (1819), Henry Nevile, Earl of Abergavenny (1819), Lord Viscount Curzon, Earl of Tyrconnel (1819), Henry Pelham Clinton, Duke of Newcastle, Percy of Northumberland, Russell Duke of Bedford, Hugh Duke of Northumberland, Darell of Calehill, Foljambe, Mrs Mostyn (Madame Piozzi), Montagu-Cholmeley and the Knyvett and Stafford Cooke families. It also includes pedigrees of the Kings of England (in reverse from William IV, crowned 1830 to William the Conqueror) and a genealogies of the families of Salisbury (from the time of Charlemagne) and Cholmeley.

Thomas Willement was an important figure in the Victorian gothic movement and is credited with the revival of the art of stained glass in England, lost since the reformation. Born in 1786 to a heraldic coach painter, he became heraldic painter to King George IV and later Queen Victoria and executed stained glass for more than 1000 buildings (including St George’s Chapel, Windsor). He collaborated with Pugin on several projects. In 1845 he bought the Priory and Church at Davington (Faversham) then in a dire state, with the church having been used for lambing and for storage of smuggled goods, and set about restoration. Willement, was the author of many books, died aged 85, on 10 March, 1871, and is buried in a vault at Davington Church.