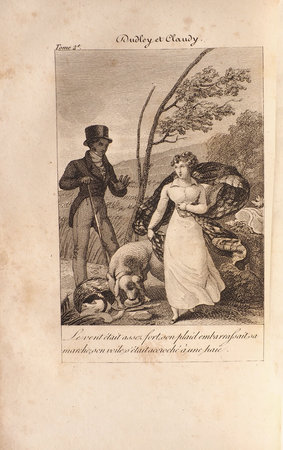 First edition in French of O’Keefe’s Dudley (1819), an epistolary novel consisting of letters from Tenerife to London. Adelaide O’Keefe was born in Dublin, November 5, 1776, daughter of actor-turned-playwright John O’Keeffe. Having moved to London in the 1790s she published several works (poems and novels) mainly directed at a juvenile audience. Vol. 6 seems rare and was probably issued without a frontispiece.