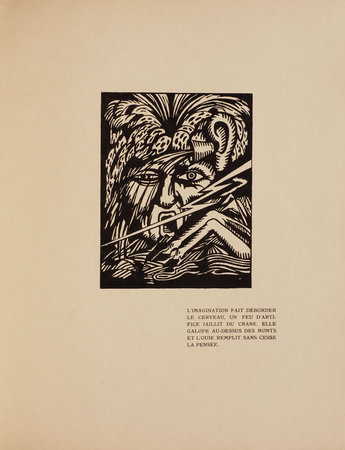 FIRST EDITION, SIGNED, a rare illustrated anti-Communist pamphlet, one of 10 copies on japon impérial (there were also 20 signed copies on annam and 270 regular copies on annam). Namur was variously an artist, pamphleteer and journalist. His Great War memoir, Les Li,maces sur le lauriers is advertised in one of the prospectuses here (another, in the form of a suicide note advertises Kokolando). He was imprisoned after the Second World War as a Pétain supporter.