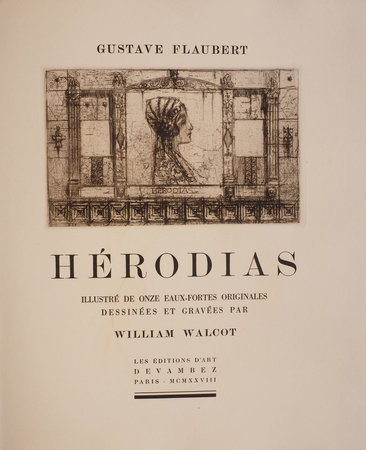 FIRST EDITION THUS. One of Flaubert’s Trois Contes (1877), a version of the story of John the Baptist. Under the artistic direction of Édouard Chimot, the illustrations are by William Walcot, a British architect who had already left a rich legacy of Art nouveau buildings in Russia (notably the Moscow Hotel Metropol) before becoming a sought-after architectural draftsmen (working for Lutyens, among others). Number 103 of 125 copies on velin d’Arches (total edition 191). Carteret IV, p. 158: ‘Édition recherchée’.