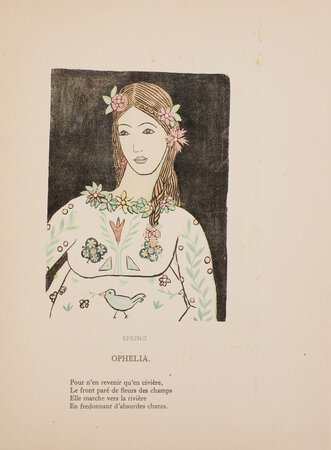 FIRST EDITION IN FRENCH. A collection of charming illustrations by Bianco (1906-1994) an English-born American child prodigy. In 1919, at the age of thirteen she exhibited work at a children’s show in Turin, then in London and New York. She later illustrated a children’s edition of Blake’s,Songs of Innocence (1928) and her work appears in many American galleries and museums, including MoMA, the Art Institute of Chicago and the Carnegie Museum of Art. The accompanying verses in this French edition are by René Chalupt (those in the English edition were by Walter de la Mare).