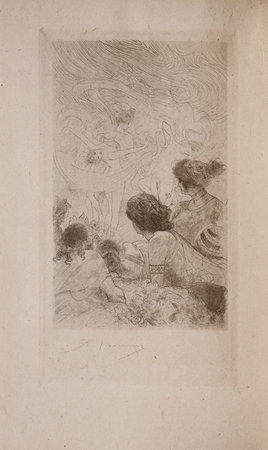 First edition of Loüys archetypally decadent ‘novel of courtesan life in ancient Alexandria, a graceful mixture of licentiousness and erudtion (Oxford Companion). This copy bound with 2 sets of the plates by Albert Laurens issued the following year (1897), one on japon (one of 8 copies only) the other on chine (one of 40 copies only). Though Aphrodite was to become on one of the classic illustrated French books and was later reprinted many times with illustrations by significant artists, the first edition of 1896 was unillustrated.