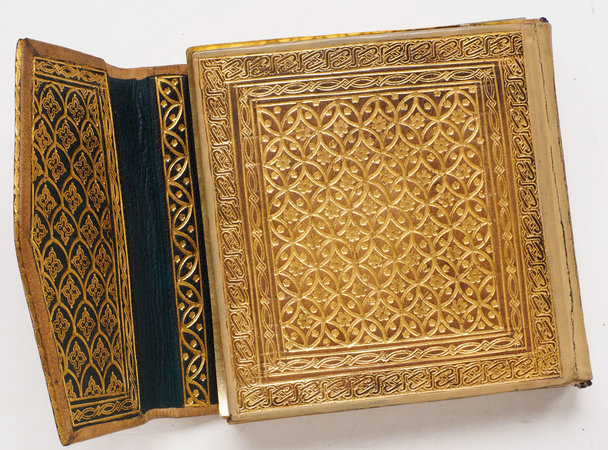 An autograph copy, in an arabesque binding. of this classic text of French orientalism, made by the author for his wife and inscribed by him: ‘À Etelka, ma femme bien-aimée, qui est pour moi toute la splendour du monde et toute la poësie. Franz Toussaint. Mai 1936.’

Toussaint is an interesting figure, both a respected scholarly translator of Arabic and other eastern languages (Sanskrit, Hindi and Persian), and a director of silent films, the best-known of which is Inch’Allah of 1922. He had spent many years in the Orient as a young man on military service. This appealing little manuscript was evidently made by the author as a gift for his second wife, Turkish-born Adelaïde Etelca Stefania Braggiotti, who he married in 1925.