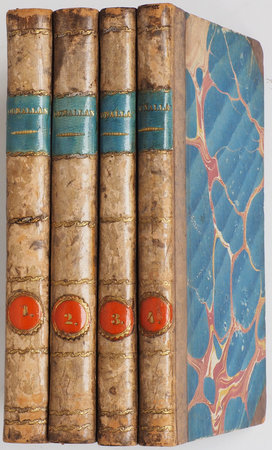 First edition in French of Dunallan; or, Know what you judge (1825); the last published (but first written) work of this once much-read Presbyterian Scottish novelist (1782-1825). ‘Grace Kennedy's novels (at least eight) were all published anonymously and rapidly in the early 1820s, and met with considerable success, being reissued late into the nineteenth century...’ (Oxford DNB). Worldcat: NLS, Queen’s Public Library (NY) and Penn only outside continental Europe.