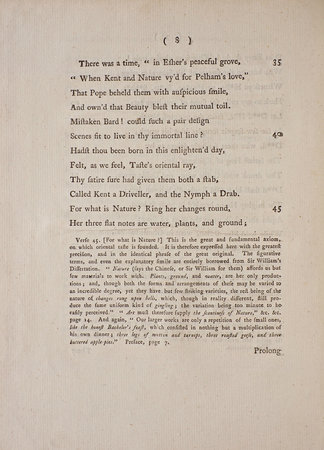 A compilation of best-sellers from the 1770s, forming the second volume of a larger assemblage. It opens with Mason’s Heroic Epistle and two sequels. First published in 1773, Mason’s satirical swipe at the royal taste for chinoiserie, especially at Kew Gardens, proved one of the most popular poems of the century. Johnson approved, and the King himself (initially) thought it funny enough to read to Chambers himself. ‘The secret of Mason’s authorship was successfully kept for about ten years, except from Horace Walpole who was in the plot from the start’ (Gaskell). The sequels An Heroic Postscript and A Familar Epistle are both first editions.