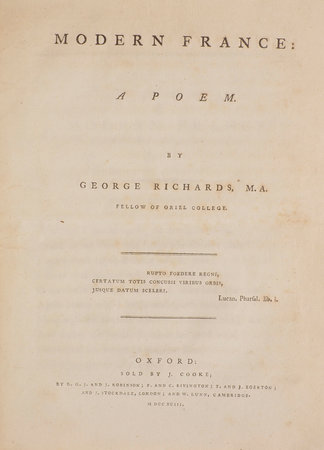 First edition, the final page with 18 additional lines which ‘were added in the Recitation at the Theatre’, with references to Addison and Johnson. ‘A very high-coloured and just picture of the present sanguinary anarchy of France, which Richards well describes as tainting the air of Europe’ (British Critic). Jackson, p. 184.