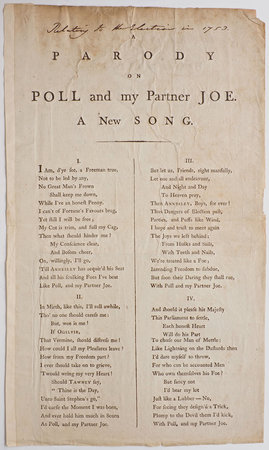 Neither found in ESTC. Although an early manuscript note at the head of each ballad states ‘Relating to the Election in 1753’, they appear in fact to refer to the Oxford by-election of 1790, when Arthur Annesley, a local country gentleman, contested the seat (one of the larger freeman boroughs) against George Ogilvie.