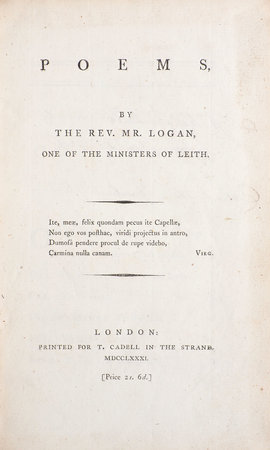 First edition of Logan’s first independent verse collection. Some of his poems had been included— not without controversy—in the edition of Michael Bruce’s Poems on several Occasions which Logan had published in 1770, among them ‘Ode to the Cuckoo’ (the first poem here), which Burke called ‘the most beautiful lyric in our language’. Jackson, p. 88.