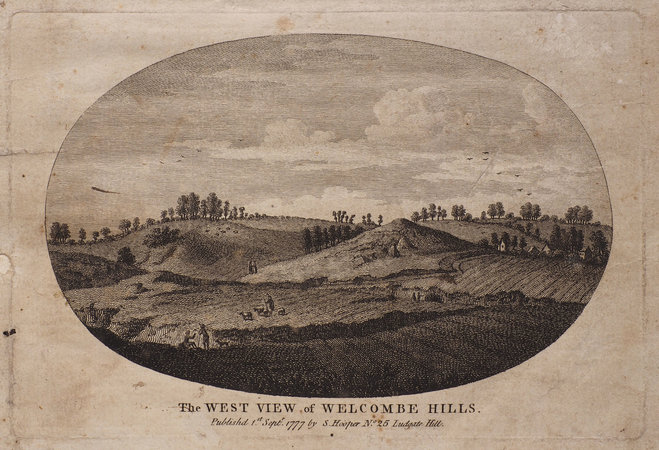 4to (260 × 210 mm) in half-sheets, pp. 48; with a large engraved title vignette (‘The West View of Welcombe Hills’) and a subscribers’ list on pp. [39]–48; title and final page darkened and marked, small hole to title, some neat restoration to the blank verso, final leaf sometime reinforced in the fore-margin, old dampstain in the gutter towards the end; modern quarter calf.

Scarce first (and only) edition, dedicated to ‘the accomplished Mrs. Lloyd, Relict of the late Worthy John Lloyd, Esq; of Snitterfield, near Stratford’. Aubin describes it as ‘very strong in antiquities and has as chief attraction a pathetic tale of early English times’ (p. 94).

This is the only work by Jordan, self-appointed Shakespeare sage of the late eighteenth century, to be published in his lifetime. A wheelwright by trade, and keen amateur actor, Jordan was a popular tour guide in Stratford. As a man full of Shakespeare lore (he promoted, for example, the story of Shakespeare’s mulberry tree), he cannot resist including the Bard here: ‘Hence eastward, Warwick tow’rs attract the sight; / And westward, Stratford domes no less delight, / Chiefly that ancient solemn pile, whose stones / Have long enclos’d the much-lov’d Shakespear’s bones’ (pp. 33–4), with a footnote on the ‘not inelegant monument’ in the Church, ‘with his bust to the waste [sic], and his face painted to imitate flesh-colour, according to the absurd taste of those times.’ Aubin, p. 302; not in Jackson.