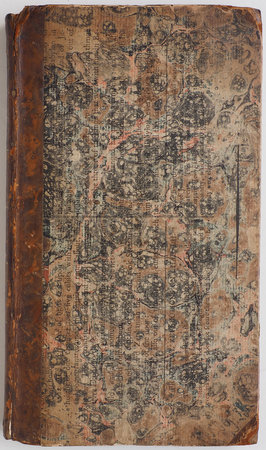 < >
PRINTED AT THE POET’S OWN PRESS

[HURDIS, James]. ~ The Village Curate, a Poem... A new and improved Edition (being the fourth) printed at the Author’s own Press, and sold by J. Johnson... London. Bishopstone, Sussex. 1797.

8vo (205 × 118 mm), pp. [4], 136, [4]; photogravure illustration of Hurdis’s home at Burwash (where he was curate) pasted in; a little soiled in places; contemporary half calf and marbled boards, worn, made from printer’s waste, the text still visible through the marbling.

Fourth edition, ‘cleared’ of some ‘imperfections, which disgraced it in former editions’, particularly the first (1788, see previous item), which had been sent to the printer before the poem was finished. This is the only edition of Hurdis’s poem to be printed by the poet himself in his native village of Bishopstone, where he had installed a press at his mother’s house to print his lectures (he was professor of poetry at Oxford from 1793). Jackson, p. 223; Johnson, 474.