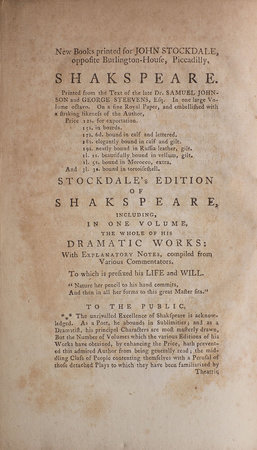 (SHERIDAN). ~ The Beauties of the Brinsleiad: or, a Sketch of the Opposition: a Poem. Interspersed with Notes. No. I. [all published]. London: Printed for John Stockdale. 1785.

First edition of these satires on Sheridan, Fox and others, in imitation (and part reply to) The Rolliad. No more issues were published.