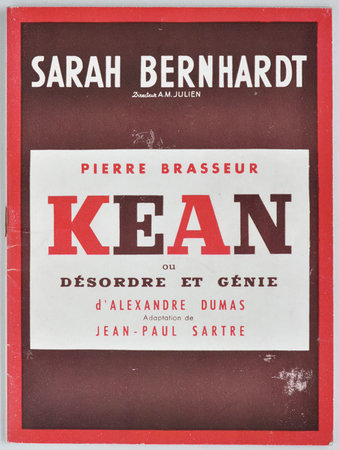 Dumas’s Kean was first performed in Paris just three years after the celebrated English actor’s death and was re-invented by Sartre in the 1950s for Pierre Brasseur, on the actor’s suggestion. The premiere took place on 14 November 1953 and was directed by A.-M Julien. This copy of the programme is signed by Brasseur and by Roger Pigaut, Claude Gensac and Georges Paumier. The play was a great success and was published by Gallimard in 1954.