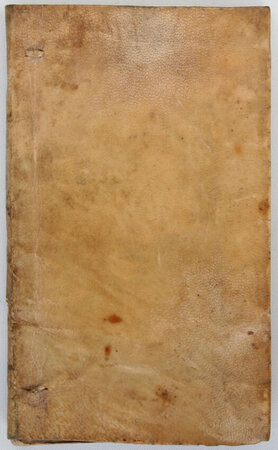 First edition of Crebillon’s five-act adaptation from Sophocles, this copy annotated with contemporary deletions, corrections and other markings, presumably for performance. There are markings on some 40 pages, ranging from simple crosses or other marks to deletions of short passages and occasional comments: ‘on ne pas cela’ or ‘jusque icy’, all suggesting an actor’s or prompt copy.

Electre was one of Crébillon père’s great early successes, performed for the first time at the Comédie-Française on 14 December 1708, subsequently causing a quarrel with Voltaire, who wrote his own version and disparaged Crebillon’s. In spite of Crebillon’s early celebrity, he famously retreated to a garret around 1711, in a long episode of misanthropy accompanied by his dogs, cats and pet crows before his rehabilitation under the patronage of Madame de Pompadour and the Académie Française. Cioranescu I, 21658. Worldcat: Cambridge, Harvard and Thomas Fisher Library (Toronto) only outside France.