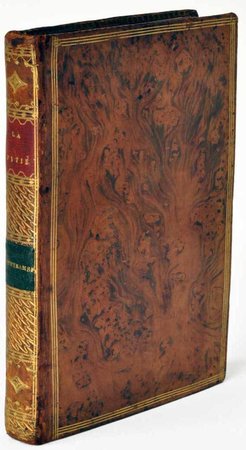 Delille’s French translation of Georgiana Cavendish’s best-known poem, The Passage of the Mountain St Gothard (1799) appeared twice in 1802: here, and in a separate edition with plates (also published by Prosper in London). It is unclear which appeared first. The poem was written during Georgiana’s exile, and the translation is preceded with reciprocal poems of dedication between author and translator.