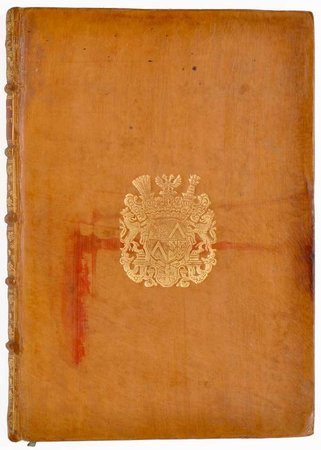 First edition of these edited extracts from the Florentine chronicler Villani, with lives of Boccaccio, Bardi, Giotto, Paulus Geometrus (the mathematician and tutor to Boccaccio) and Cavalcanti, among others. There are several accounts of Italian medical practitioners, including Taddeo, Torrigiano and Dino and Tommaso del Garbo. The Villani family were the leading contemporary chroniclers of fourteenth-century Florence and Filippo was responsible for extending the chronicles of his father and uncle, adding famous portraits of his contemporaries. Towards the end of his life he was appointed public reader of the Divine Comedy and he died in 1404. His chronicle remained in manuscript before being published by the Brescian historian Mazzuchelli in 1747 in this version which was several times reprinted.