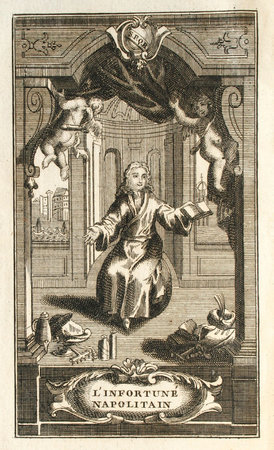 A comic picaresque novel and an anti-Jesuit satire recounting the life and adventures of Rozelli in a series of fanciful catastrophes and disasters, in the course of which he becomes a Catholic clergyman and then converts to Judaism. The title was first published in 1708 and went on to be republished a number of times during the eighteenth century, with translations into English, German and Dutch. The illustrations appeared first in an edition of 1729.