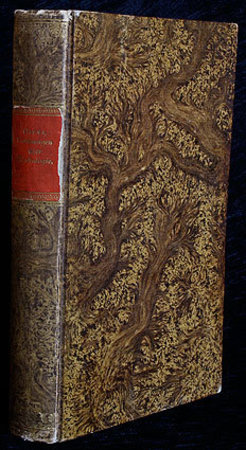 < >
the psychology of the unconscious

First edition of one of Carus’s pioneering works in the emerging science of psychology. The author’s major contribution was in exploring the psychology of the unconscious and he is considered the precursor of Jung (who acknowleged his debt to Carus) in this field. The author was a prolific figure who wrote on many aspects of psychology, medicine and philosophy. He was an accomplished landscape artist in the Romantic tradition and had studied under Caspar David Friedrich. He was also a friend of Nietzsche, Humboldt and Goethe.

The Vorlesungen über Psychologie is especially notable for its wide frame of reference outside the discipline of medicine. Many of Carus’s examples are drawn from literature, with a special emphasis on the works of Shakespeare: in the course of his argument he refers variously to Hamlet, Macbeth, Henry IV, Romeo and Juliet and Othello. OCLC lists the National Library of Medicine copy only outside Europe.