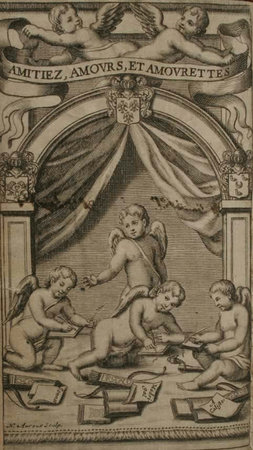 A rare and celebrated courtly collection of amatory letters and verses. Le Pays’ post as a government official at Grenoble apparently left him ample leisure for literary composition, and this, his best-known work was much admired by the duchesse de Nemours, who became his patron. Le Pays seems to have found special favour among female readers, though the author of many of the letters here portrays himself rather as a high-class sex tourist --a curious letter from London extols the splendour of English women’s breasts and their visibility.

It was reprinted numerous times (several editions appeared in the same year). The first edition (also 1664) bears a Grenoble imprint, Gay denotes ours, with the Paris Sercy imprint, the second. Despite the number of early editions, legitimate or pirated, printed in the same year all appear rare outside France. Gay I, 99.